Oof. I’m a day late and a dollar short, if you count a dollar as an hour of playtime on The Long Dark, a simulation survival game where you roleplay as a very inept Wolverine (the mutant, not the actual animal). I played until an untimely end three times, and have a save that currently sees me alive – if not well – on day 2. I’ve found a hunting knife and crafted a fishing line, though, so things look promising. 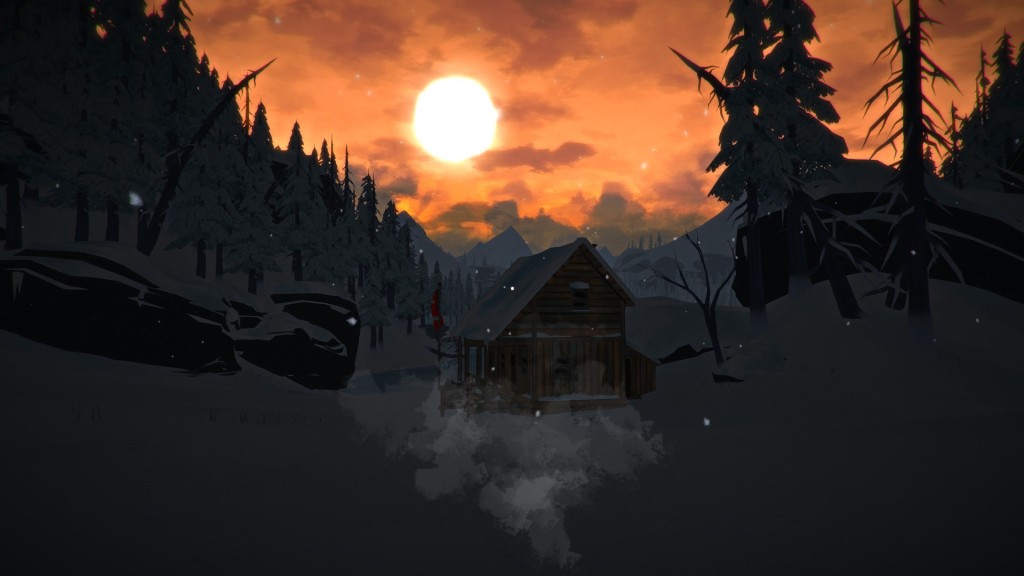 I picked up The Long Dark in the latest Steam sale because it looked like a survival game I could handle. I’ve played a few survival games here and there – most notably Don’t Starve and Sir, You Are Being Hunted – but I always found myself doing quite poorly. Would The Long Dark finally draw out the rugged Canadian survivalist I knew was always inside me? Probably not.

The Long Dark feels great. The stillness in the air, the snowy ground mixed with the sunlight through the trees, the occasional deer or bird passing by. Where the game succeeds above all else is in creating a wonderful sense of atmosphere. I feel like I’m in an abandoned Canada, or perhaps just living off the land in the northern forests. I want to head back to my cabin, cook up some chili, and whittle. 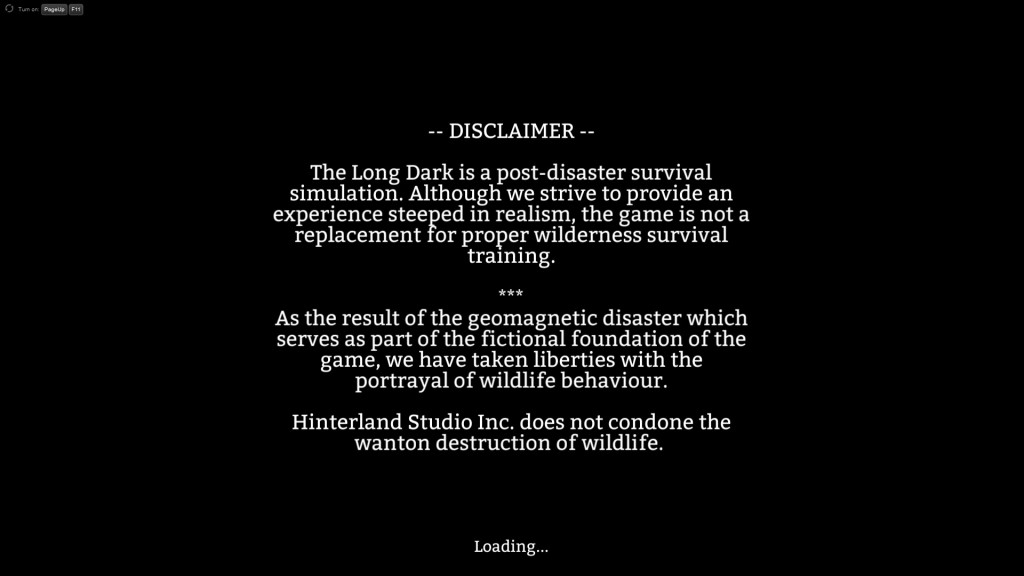 But noooooooooo, I have to worry about surviving in a post-geomagnetic-disaster world of incessant coldness and superwolves. My time in this seemingly idyllic wilderness would go as such: I would wake up in the snow, surrounded by snow and trees, with little to no idea where I was or where to go. I would wander in a direction for some period of time, at which point the game would inform me that I was now freezing. I would start to panic. Eventually, I’d find some buildings and my heart would soar. 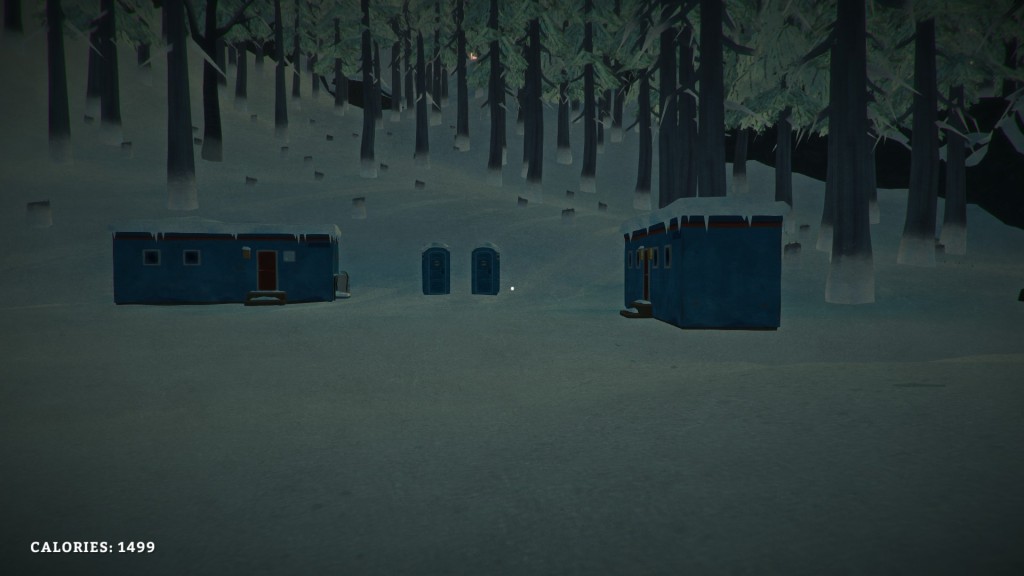 What could be inside these buildings? The smell of cookies? A warm shower? No! These buildings were always filled with unlit stoves, a pittance of broken wood from furniture, and – if I was lucky – a too-old candy bar and a pair of socks.

The Long Dark is punishing. Perhaps it’s because I’m only a few hours in and haven’t committed the map to memory, so that I can expertly head from building to building, accruing a mass of useful tools and a reserve stash of food. Perhaps it’s because the amount of things I can find in any given bureau or drawer is always less than I need. Perhaps it’s because I would actually have little chance of surviving in the Canadian wilderness even if magnets hadn’t killed every other human. 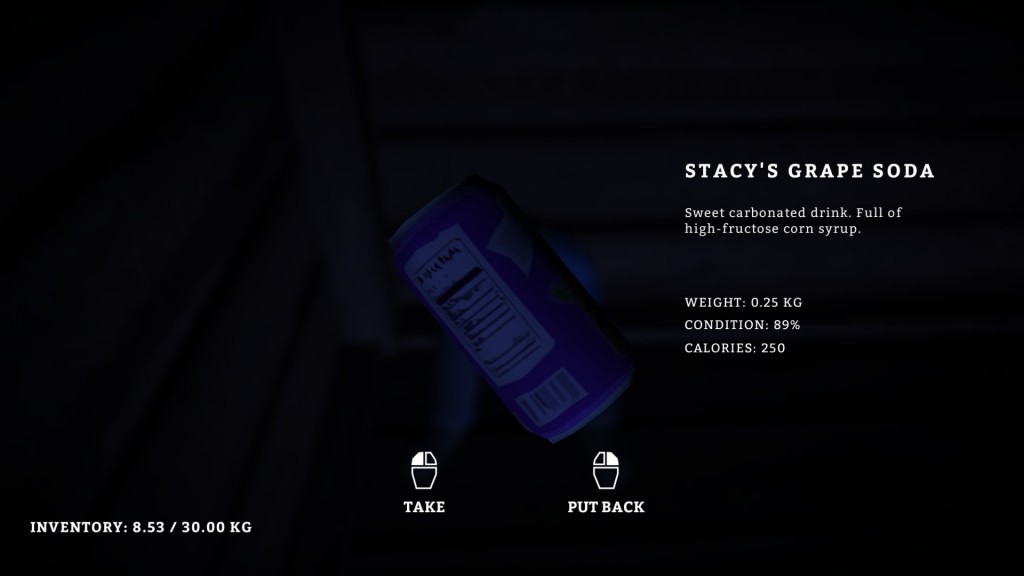 And it taught me something about myself. I like the concept of survival games, but I don’t think I actually enjoy playing them all that much. I like those moments when I find a jacket in a metal bin that will keep me warm and alive for a few more hours, but I don’t have the energy to learn that the first thing I should do is to try to find a sewing kit so that I can set up a good cloth crafting economy for myself. Sidebar – is a sewing kit a thing in this game? It seems like there are many opportunities for me to break down things like socks and sweaters and try to use that cloth to fix other clothing, but I’ve never found a tool that actually lets me do it successfully.

I enjoyed my time with The Long Dark. I’ll probably visit again a few times, but I just can’t see myself actually staying for the long (dark) haul. It’s the same relationship that I had with Don’t Starve and Sir, You Are Being Hunted, and I think it’s finally time that I admit to myself something I’ve always known in my heart. 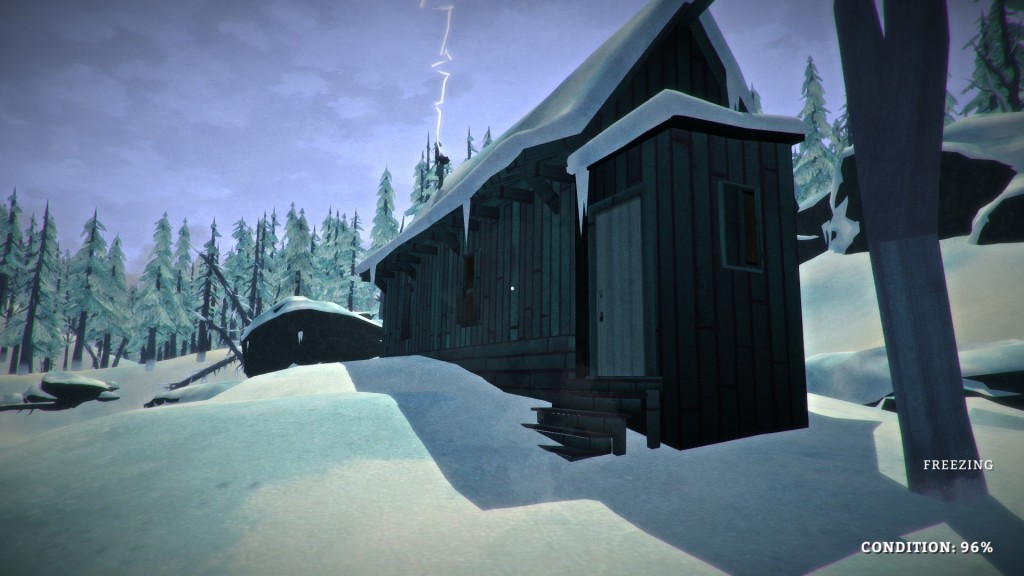 It’s not you, it’s me. You’re too much for me. Too intense. And I’ll always treasure what we had, for whatever time we had. I’ll never forget accidentally dropping some raw venison on the ground of my ice fishing hut, only to be immediately jumped by some kind of superwolf with some kind of supernose. I’ll laugh about the time I wrongly judged how long it would take me to harvest the hide of a dead frozen deer and myself froze to death. I’ll always fondly look back on the dozen frozen corpses I found in the snow, only to search them and find absolutely nothing.

I will always enjoy walking around in the frozen world of The Long Dark, but the fact that you try to constantly kill me is a real bummer.